Tom Nelson takes out his Canon 60D Digital SLR, augmented by a 70-300mm zoom, and begins his daily stroll. He’s been doing this morning constitutional for over 15 years now, at 7:00 a.m., rain or shine, ever since he and his wife moved to Portland to be near two of their three adult children. When you make the rounds of a place that often, you’re bound to see something interesting at one time or another. Tom has managed to become acquainted with urban critters to a degree most of us can only dream of. He’s seen whole families of otters; mink slipping through the reed canarygrass; a great blue heron snoozing on a willow bough; a barred owl sleepily perched; a raccoon and her kits splashing in the shallows of Wapato Pond; cottontails scurrying into the underbrush.

Tom’s warmup stretch follows the Springwater Corridor. He points to an antenna array on a tower that rises above the amusement park. Sometimes, there’s a peregrine falcon stationed there, scrutinizing the Bottom for a possible meal. We pass over the big culvert installed in 2018. The otters come in from the river, Tom says, and make a circuit around Wapato Pond. Most recently, there’s been a family of four that hunt for fish and frogs before returning to the Willamette. Scanning the marshes east of the Springwater, Tom remarks that deer can often be spotted here in the early morning. We look up at the osprey nest platform on a power pylon.  Ospreys haven’t built here for years, but one spring a pair of Canada geese took up residence and raised their goslings high above the pedestrian and cycling traffic.

Tom has been interested in photography, primarily nature photography, since he was 10 years old. After he began high school in his home state of Wisconsin, he came across a single lens reflex camera at the school, which he then borrowed to earn extra credits in biology. Later, he employed his fast developing skills as editor of the school newspaper. After a career in computer modeling in Chicago, Tom is delighted to be back at his original hobby. One of his otter photographs appears on the cover of the latest edition of Wild in the City by Mike Houck and M.J. Cody, a guide to natural areas in the Portland/Vancouver region.

We cut off the Springwater and take the route through the cedar/ash woodland north of Wapato Pond. Then we turn onto the trail that runs below the bluff, both remembering when this path was a muddy mess before a major refurbishment in 2013. Tom mentions the beaver dam on the outlet creek. The dam has kept water levels up in the pond, thus killing some of the willows along its fringe. There’s also a lodge nearby. Beavers are hard to see, but their nightly gnawing on the willows along the shore is much in evidence. The large rodent you’re much more likely to spot is the nutria, a South American species that proliferates in the waterways of the Pacific Northwest. Tom points out a nutria napping on the rootball of a toppled willow.

Last February, at the spot where we are standing, a female mink came out of the undergrowth, ran across Tom’s boot, and then quickly disappeared into the brush on the bluff. Her mate followed soon after. Later, in the spring of this year, waters rose so high they covered the trail.

We turn again to walk alongside the refuge’s meadow, now a sea of  waving deadheads, mainly chicory and Queen Anne’s lace.  A sharp-shinned hawk drops off one of the cottonwoods, swoops over the meadow, and then flutters to a perch below Sellwood Park. This a day when the fire smoke came to Portland, and Tom raises his camera to capture the coral-colored orb of the Sun in a wan, ochre-tinted sky. We didn’t see any of the charismatic critters on this walk, but at least the Canon 60D came away with a consolation prize. 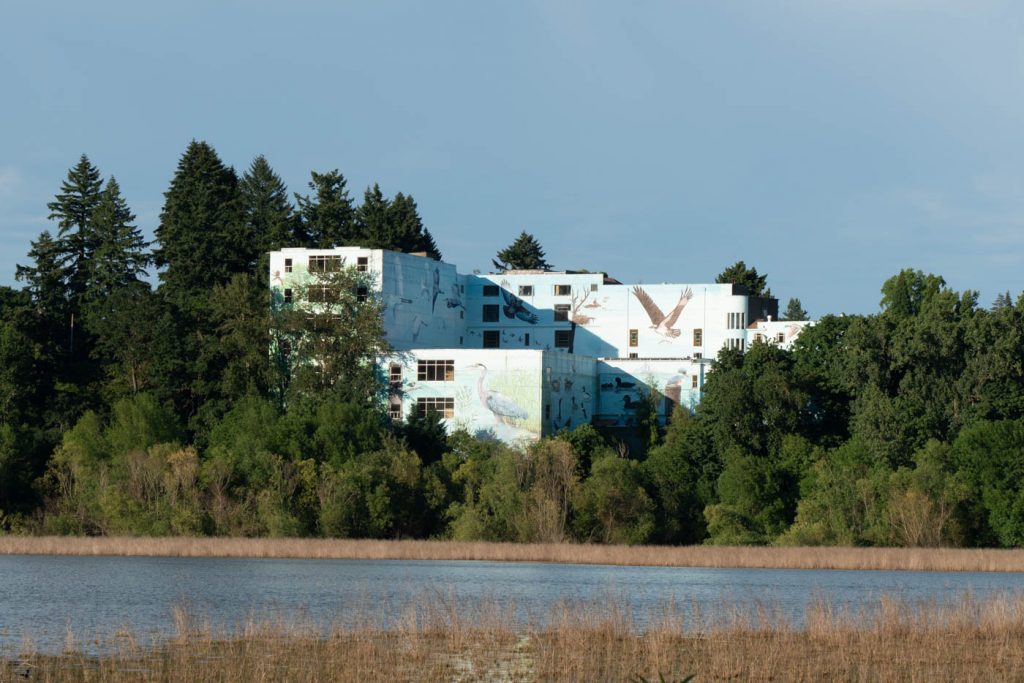 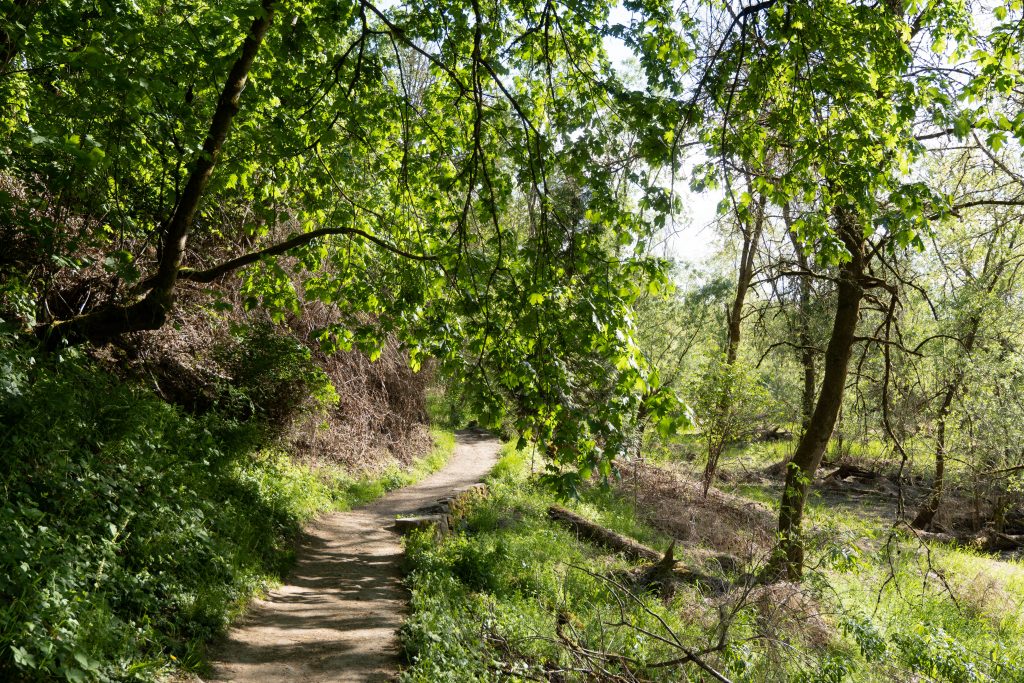